Gerald, when a movie has played, uncheck the existing category and check this one – ARCHIVES. We can still get plenty of search engine power from just modifying the category to this archived one.

First Feature Oct 16th & 17th Showtime is about 7:00 Gate opens at 6:00   Despite his family’s baffling generations-old ban on music, Miguel (voice of newcomer Anthony Gonzalez) dreams of becoming an accomplished musician like his idol, Ernesto de la Cruz (voice of Benjamin Bratt). Desperate to prove his talent, Miguel finds himself in the stunning and colorful Land of the Dead following a mysterious chain of events. Along the way, he meets charming trickster Hector (voice of Gael García Bernal), and together, they set off on an extraordinary journey to unlock the real story behind Miguel’s family history. Rated: PG   END_OF_DOCUMENT_TOKEN_TO_BE_REPLACED 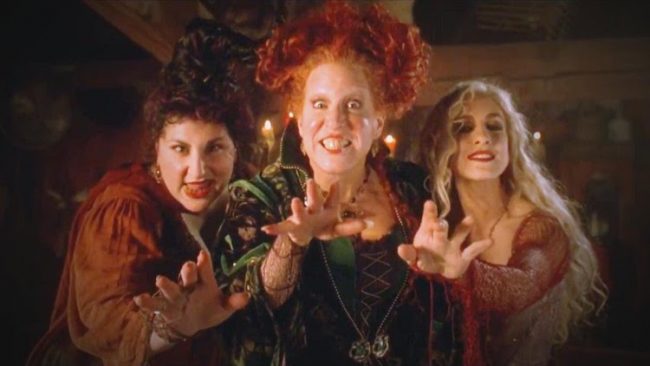 Second Feature Oct 16th & 17th After moving to Salem, Mass., teenager Max Dennison (Omri Katz) explores an abandoned house with his sister Dani (Thora Birch) and their new friend, Allison (Vinessa Shaw). After dismissing a story Allison tells as superstitious, Max accidentally frees a coven of evil witches (Bette Midler, Sarah Jessica Parker, Kathy Najimy) who used to live in the house. Now, with the help of a magical cat, the kids must steal the witches’ book of spells to stop them from becoming immortal. Rated: PG   END_OF_DOCUMENT_TOKEN_TO_BE_REPLACED

First Feature Oct 2nd & 3rd Showtime is about 7:00 Gate opens at 6:00 Both a classic movie for kids and a remarkable portrait of childhood, E.T. is a sci-fi adventure that captures that strange moment in youth when the world is a place of mysterious possibilities (some wonderful, some awful), and the universe seems somehow separate from the one inhabited by grown-ups. Henry Thomas plays Elliott, a young boy living with his single mother (Dee Wallace), his older brother Michael (Robert MacNaughton), and his younger sister Gertie (Drew Barrymore). Elliott often seems lonely and out of sorts, lost in his own world. One day, while looking for something in the back yard, he senses something mysterious in the woods watching him. And he’s right: an alien spacecraft on a scientific mission mistakenly left behind an aging botanist who isn’t sure how to get home. Eventually Elliott puts his fears aside and makes contact with the “little squashy guy,” perhaps the least threatening alien invader ever to hit a movie screen. As Elliott tries to keep the alien under wraps and help him figure out a way to get home, he discovers that the creature can communicate with him telepathically. Soon they begin to learn from each other, and Elliott becomes braver and less threatened by life. E.T. rigs up a communication device from junk he finds around the house, but no one knows if he’ll be rescued before a group of government scientists gets hold of him. In 2002, END_OF_DOCUMENT_TOKEN_TO_BE_REPLACED

Only Feature Fri Sept 25th Showtime is about 7:00 Gate opens at 6:00 Big Enos (Pat McCormick) wants to drink Coors at a truck show, but in 1977 it was illegal to sell Coors east of the Mississippi River without a permit. Truck driver Bo “Bandit” Darville (Burt Reynolds) agrees to pick up the beer in Texas and drive it to Georgia within 28 hours. When Bo picks up hitchhiker Carrie (Sally Field), he attracts the attention of Sheriff Buford T. Justice (Jackie Gleason). Angry that Carrie will not marry his son, Justice embarks on a high-speed chase after Bandit Rated: PG   END_OF_DOCUMENT_TOKEN_TO_BE_REPLACED

NOW WITH 7.1 SURROUND SOUND Sept 25th-Oct 1st 6:30 Daily Five teenage mutants — Mirage, Wolfsbane, Cannonball, Sunspot and Magik — undergo treatments at a secret institution that will cure them of their dangerous powers. Invited by Dr. Cecilia Reyes to share their stories, their memories soon turn into terrifying realities as they start to question why they’re being held and who’s trying to destroy them. Rated: PG 13   END_OF_DOCUMENT_TOKEN_TO_BE_REPLACED

NOW WITH 7.1 SURROUND SOUND Sept 18th-20th 6:30 Daily No Shows 21st-24th Armed with only one word–Tenet–and fighting for the survival of the entire world, the Protagonist journeys through a twilight world of international espionage on a mission that will unfold in something beyond real time. Rated: PG13   END_OF_DOCUMENT_TOKEN_TO_BE_REPLACED

First Feature Sept 18th & 19th Showtime is about 7:20 Gate opens at 6:20 When California girl Susan Murphy is unwittingly clobbered by a meteor full of outer space gunk on her wedding day, she mysteriously grows to 49-feet-11-inches tall. The military jumps into action and Susan is captured and secreted away to a covert government compound. There, she is renamed Ginormica and placed in confinement with a ragtag group of Monsters: the brilliant but insect-headed Dr. Cockroach, Ph.D.; the macho half-ape, half-fish The Missing Link; the gelatinous and indestructible B.O.B.; and the 350-foot grub called Insectosaurus. Their confinement is cut short, however, when a mysterious alien robot lands on Earth and begins storming the country. In a moment of desperation, the President is persuaded to enlist the motley crew of Monsters to combat the Alien Robot and save the world from imminent destruction. Rated: PG   END_OF_DOCUMENT_TOKEN_TO_BE_REPLACED